From humble beginnings, Bridges Angus Farm was founded by a 16-year-old boy. The youngest son of a share cropper, Ralph Bridges, started his legacy in 1944 with the purchase of two registered Angus heifers. Ralph loved livestock and frequently exhibited heifers and “fat” steers in local, area, and state shows and sales. He became Georgia’s first Master 4-Her by winning a National 4-H livestock judging competition in Chicago, Illinois. With hard work, dedication, perseverance, and a deep faith in Christ, Ralph farmed. He once told me, “I’ve farmed everything from cows, turkeys, chickens, hogs, and dairy cows; to cotton, wheat, corn, soybeans, and even pimento peppers.” His very first planter that he bought now sits in my front yard. Its an eye sore to most people, including my wife, but to me, it’s a reminder. It’s a reminder of determination and sheer force of will to make it. That old planter is a reminder of where we’ve come from, it’s a reminder of tradition, and oddly enough; it’s a reminder of a need for embracing new technology. Its rusty and broken down today but it represents a change from plow mules to tractors during that time.

When Ralph was 24, he married Margret Sanders. They had 6 children; Steve, Terry, Iris, John Mark, Walter, and David. Ralph bought the land that his father owned from his brothers and sisters and added land as he could along the way. In the 1960’s Turkey’s became the main income producer as more farmers stopped planting cotton in our area. As the turkey operation grew so did the cattle operation. In the 1960’s, 1970’s, and 1980’s as his children grew up; they became more involved in the day to day affairs of the farm. Steve, Iris, John, and Walter, grew turkeys. Additionally, John oversaw feed delivery to some 10-15 growers that grew turkeys for Ralph. Walter was trained as a mechanic and oversaw hauling the turkeys to market. During this time both John and Walter also hauled the grain that the farm produced to the mill for processing. Terry served in the Air Force and, upon leaving the military, returned home to manage the cattle with his younger brother David. From the 1970’s through the early 2000’s the Bridges family continued to grow with grandchildren. Ralph wound up with 22 grandchildren. They grew up learning and helping on the farm.

Ralph served as president of many organizations including the Oglethorpe County Farm Bureau, Oglethorpe County Cattleman’s Association, Georgia Cattleman’s Association, Georgia Angus Association, and The American Angus Association. To say that he was a leader would be an understatement! During the 1980’s and 1990’s Bridges Angus Farm was a force to be reckoned with at bull test stations. The Bridges name had become synonymous with excellence in terms of performance. In 1985 his bull “Warlock” set an individual gain test record, becoming the first Angus bull to be documented at gaining over 5lbs/day. With Ralph’s success winning bull tests, Ralph also won 6 different achievements of excellence awards for the Certified Angus Beef “Value discovery project” in 1994. Additionally, in 1994 Bridges Angus Farm was designated a historic herd by the American Angus Association. In 1995, Ralph was awarded the Certified Angus Beef Seedstock Commitment to Excellence Award. Then in 1996 he was elected President of the American Angus Association. Bridges Angus hosted an annual sale from 1987 until 1998. In 1987, Bridges Angus Farm hosted its first production sale. The slogan from that first catalog read “a herd that we’ve been building since 1944, and now we are going to share” has always stuck with me. In 1998 a decision was made to disperse the cow herd, but just because Ralph dispersed didn’t mean that he was done, not by a long shot. He still had two college age grandsons to train! The dispersion was a result of market conditions created in part by the institution of NAFTA in 1994 and taking some not-so-good advice from an old friend. That, coupled with the vertical integration of the turkey industry, led to the dispersal. You see, I’m coming back around to that old planter and the sheer force of will part. He could’ve quit, and probably should have quit, but quit wasn’t in Ralph’s vocabulary. He persevered, and even though he lost his life savings in little more than a day, he paid everyone that had a contract with him and all his creditors, then he started over.

Ralph’s children found jobs doing something other than turkeys. In fact, the Bridges Family can claim the dubious honor to have eaten the last Georgia grown turkey for Thanksgiving in 1997. After the collapse of the turkey industry in Georgia, some changes took place on the farm. Iris, John, and David started growing hogs. Walter started growing layer chickens. Steve grew chickens, and Terry managed another ranch for a while and finally took a job with the Georgia Seed Commission.

After the dispersal, with his children doing other things, Ralph kept going. I think part of it was he didn’t want to quit doing what he loved, and he had a couple of grandsons that wouldn’t let him stop. Most of Ralph’s grandchildren worked on the farm while growing up, I guess it stuck with Phillip and me. I worked afternoons and weekends while I went to The University of Georgia. Phillip worked much as he could on weekends and anytime he had off from his job, until he left to finish his degree in Animal Science from Mississippi State University in 2002. I graduated in 2000 and returned fulltime. Phillip graduated in 2004 and returned fulltime. After a year of trying to create a succession plan Ralph and Margret sold Bridges Angus Farm to us in August of 2005. Things were anything but smooth, but it got done. Today Bridges Angus Farm is still in business. Phillip and I are the second owners and no matter what; the shoes we try to fill will always fit a little loose. We’ve embraced new technology and every year there is more and more technology to embrace. We believe in tradition, but this place is anything but traditional. We can promise this, we will continue to produce the best Angus Bulls and Cows that we possibly can and that we will provide our customers with the best service that can be found.  The old planter in my yard serves to remind me every day where we’ve been when I go to work in the morning. That old planter is there to remind me where we’re going, when I get home in the evening. Its just sitting out front and it looks like a piece of junk and I guess it is, but to us; it represents our history, traditions, and how deep our roots run in this Oglethorpe County dirt. There is more history to be written for Bridges Angus Farm. Even though its been thirteen years since we bought the place, I still feel that we are just getting warmed up and the best is yet to come. I know two “boys” that still work to make Ralph proud. I think that when he looks down from heaven, he cracks a smile way more often than he shakes his head. 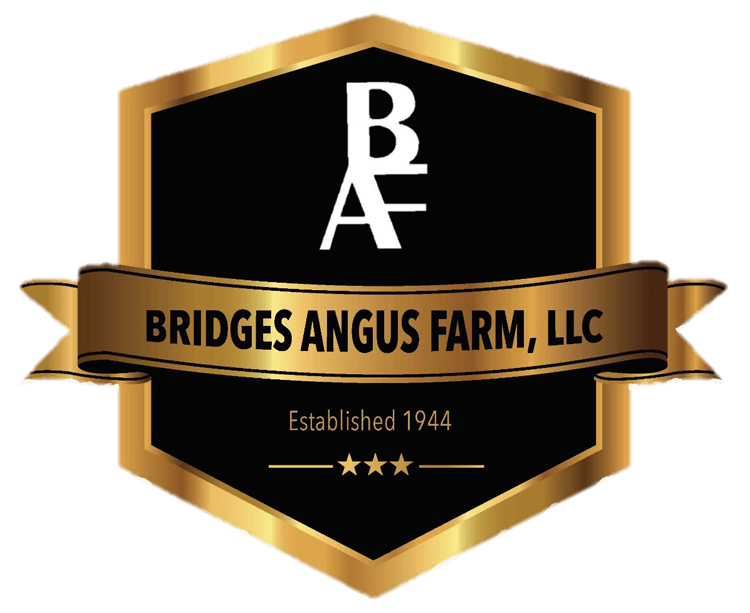